You are here: Home / Our People 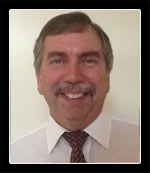 Kim Bainbridge is the Principal of Garden & Green Lawyers.  He joined the firm shortly after his admission as a Barrister and Solicitor in 1980 and for more than 40 years Kim has conducted the practice of Garden & Green and he was named Victorian Regional Lawyer of the Year in 2005.

In recent times Kim has become widely known for record settlements in all types of personal injury ranging from asbestos claims, dog attack trauma, slipping cases, Q Fever and abattoir disease claims, infectious diseases and more recently School Bullying cases with one of the largest settlements of almost $700,000.00 in one case.

Sophie is a Barrister and Solicitor and who assists in our significant Litigation Department. We handle very substantial personal injury matters including WorkCover and TAC claims and Sophie’s work in this area is invaluable as the area becomes more and more specialised. Sophie co-ordinates the matters leading up to both mediation and trial, liaising with our senior Barristers in Melbourne. She also instructs Counsel in some of the more difficult trials, especially as these trials are run as far away as Melbourne, Shepparton, Wangaratta and Wodonga. 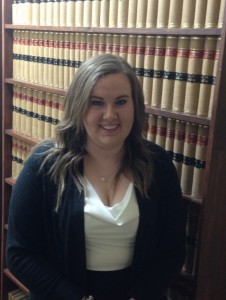 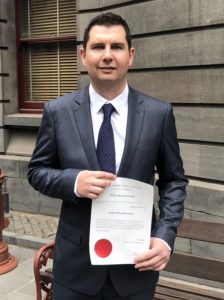 Griffyn is the eldest Son of our Principal Mr Kim Bainbridge. He completed his Bachelor of Laws with the University of New England at Armidale, New South Wales.

Griffyn completed his Law Degree online and remotely whilst working part-time at Garden & Green since 2013.

Griffyn was admitted to the Legal Profession as a Barrister & Solicitor on 19 March 2019.

Griffyn enjoys assisting in our extensive civil litigation and personal injury practice and has a real desire to get the best outcome for our clients.

Griffyn is a local having moved to Swan Hill with his family when he was just 2 years of age.

He grew up playing soccer and AFL for a number of local football clubs.

Jessie manages the Garden & Green Probate Department and comes from an accounting background. Jessie and her staff strive to provide efficient, caring and understanding service to executors and clients. Jessie is a former basketball player and loves to keep fit. This certainly helps with a very busy Probate and Estate Department. Jessie enjoys assisting executors and family members to keep matters as stress-free as possible in what can be a difficult time for many people.